What game do you love that`s been largely overlooked? 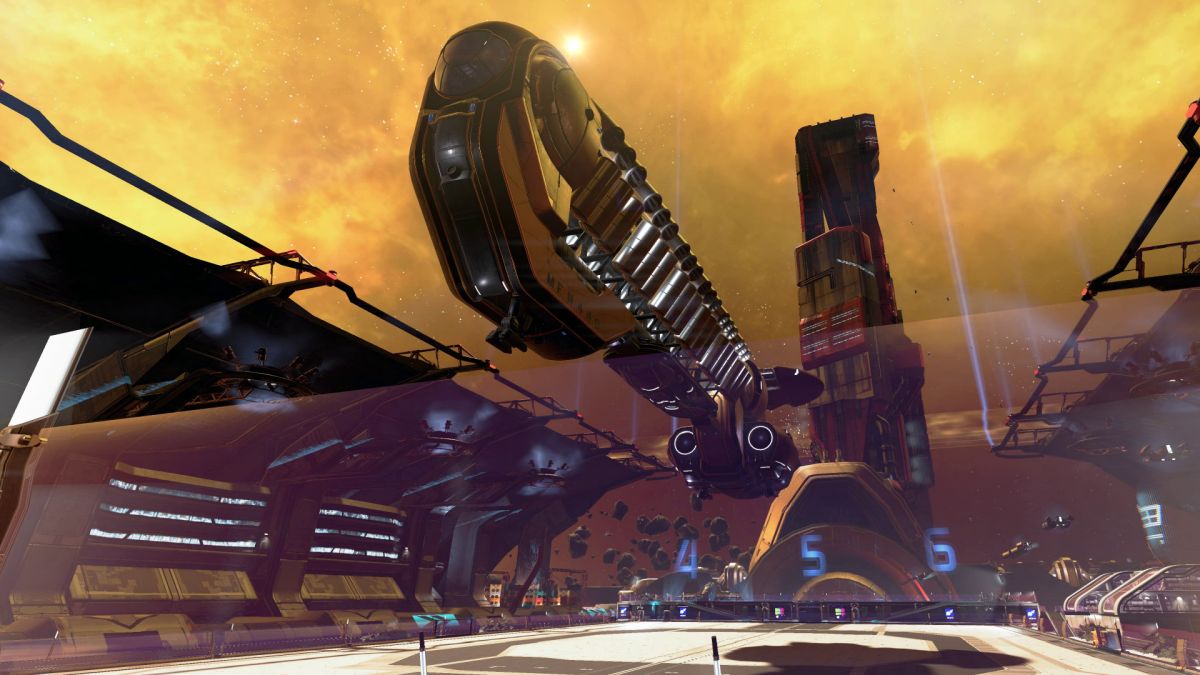 Have you ever loved a game but discovered so few others seemed to share your feelings—because they never played it? Maybe they`ve never even heard of it? It happens! Sometimes, for whatever reason, the gaming world at large pays little attention to a game you really enjoy and wish more people would play.

We`ve published a few lists of games that don`t get enough attention: overlooked RPGs, shooters and strategy games that you should take a look at if you`re interested in some new hidden gems to play. And since we`re all spending lots of time at home, it`s a great time to get the word out about a favorite, unappreciated game of yours.

What game do you love that`s been largely overlooked? We`ve got some picks from our staff and a few from the PC Gamer Forums. We`d love to hear your favorites in the comments.

Evan Lahti: This 4X didn`t manage to go supernova like Stellaris, but although I love Stellaris` moddability and complexity, I don`t enjoy the experience of trying to over-optimize my experience and spending an hour-plus on Steam Workshop making sure I`ve tracked down all of the right add-ons before I colonize a single moon.

Endless Space 2 is a less daunting episode for me to dive into for a single evening. 4X games are often starved of cinematic flourishes, and ES2`s original art direction, event illustrations, and voiced factions show the benefit of having someone like Sega behind the project as a publisher. The game continued to tick along in 2019 with two $13 faction expansions, the last of which added the Nakalim, a kind of long-sleeping, once-great civilization that gets a head start on technology but actually sucks at science as they come to grips with an unfamiliar galaxy.

Lauren Morton: Also the first Hammerwatch game. Both are co-op rogue-like-lite things that really shine when you`re screaming along with your friends. They`re top-down action RPGs where you progress through a procedural constructed castle dodging traps, enemies, finding secrets, and buying skills. Each zone culminates in a tense, bullet-hell like boss fight. Things get hectic fast and death can happen quickly.

Heroes of Hammerwatch is particularly fun for its little castle town that you upgrade across playthroughs to access more skills, armor, and such, serving as the hub for you and whichever friends you`re playing with. Maybe it gets about as much attention as a rogue-like campaign without fully online seasonal stuff can, but I sure do not see it brought up enough when folks ask which games to co-op with their buddies.

Morgan Park: If you forgot that Just Cause 4 was a thing, you`re not alone. It released in December of 2018, about a month after a certain cowboy game that sold very well. Proximity to one of the best open-world games of all time didn`t help Just Cause 4, which was more-or-less Just Cause 3 with a new map and better tools.

I regret that I didn`t get around to it until last November, because it`s seriously awesome. Those new tools let you pull off some extremely silly antics with balloons, booster jets, and grapple hooks. The world is also more condensed than 3. You don`t have to glide over three bodies of water to get between islands anymore, thankfully. I also maintain that no open-world series is more fun to move around in. I could fly in Rico Rodriguez`s wingsuit all day. In fact, I have. I know a lot of you have Just Cause 4 sitting in your Epic Games freebie libraries. Install it, I promise it`s great fun.

It`s a text adventure about being underground, which doesn`t present you with a maze you`ll need to map on a grid (or even a dodecahedron, like Hunt the Wumpus did back in 1973). You go from location to location following clues left by the creature you`re hunting, typing contextual commands like "left" or "ahead" or "down" as you move through evocative descriptions of caverns.

At one point I was crawling through a dark, descending tunnel, squeezed past a point where it narrowed so I couldn`t turn back, then was filled with absolute dread by the words: "Splash. Your fingers are submerged in water." I`ve never felt so claustrophobic in a game, and it`s just words on a screen.

Rachel Watts: OneShot is a dark and atmospheric puzzle adventure that I feel has been overlooked. I think because of its pixel art graphics, cute cat protagonist, and fourth-wall-breaking moments, it got a bit lost in the Undertale tidal wave. It`s like one of Steam`s secret games that has an overwhelmingly positive score, but not talked about often.

It`s a smart puzzle game that makes you interact with it through interesting ways. It will hide things in your computer`s files, ask you to move the game window around, and spookily talk directly to you. One of the game`s main inspirations is Psycho Mantis from Metal Gear Solid, a mind-reading psychopath who had the power to scan your PlayStation memory card and you can see that OneShot has taken this idea and run wild with it. It`s fun having a game that`s a bit more self-aware then just reading your Steam name back to you, and it certainly surprised me with its clever tricks on multiple occasions.

Wes Fenlon: Marbles are boring orbs that Great Depression-era kids rolled around inside a piece of string because they had nothing better to do. But marble videogames rule, actually. There`s something about how they strip a style of game down to its essence, just focusing on the speed and physics of controlling a ball through an imaginative obstacle course.

I wrote about Marble It Up! back in 2018, but I`m afraid I haven`t been able to single-handedly give marble games the love and respect they deserve. Marble It Up! is really good, though. It has levels that are about sheer momentum, careening down a trench as quickly as possible, while others are tricky, devious contraptions you carefully navigate to avoid falling off. The presentation is lovely, all funky glowing particles in some magical space built just for marbles, and there are a lot of levels play. It`s chill. I recommend it.

Chris Livingston: I`ll never pass up the chance to recommend Duskers, a spooky sci-fi strategy survival game about sending drones to plunder derelict spaceships. It`s delightfully low-fi roguelike where you spend most of your time peering at grainy screens and typing commands into a console to maneuver your drones around the dark, creaking ships where dangerous alien lifeforms and other hazards may be lurking. Best of all, it`s just as much fun when everything goes suddenly wrong as it is when you successfully get your drones back in one piece.

Zloth: I hate to sound like a broken record, but Egosoft`s X series. I can certainly see why it isn`t well known, either. Marketing is almost exclusively word of mouth. When the games first show up, they tend to be really buggy which torches their initial review scores. They`re very long games, which makes them harder on reviewers with a whole stack of games that need playing. Heck, they don`t even have a proper genre to be in other than "kinda like Elite or Privateer, sorta."

But, once those games really get on their feet, they`re incredible! The depth is ridiculous - particularly coming from such a small developer. You go from a little small fry, scavenging after battles and picking off scouts, clear up to being a trade empire with huge factories and a fleet of ships. And the games are fun the whole way through!

Hveðrungr: It has to be HuniePop. People look down on it because "It`s just a Match-3" or "It`s just an anime game" or "It`s just for pervy weebs", but it is so much more. It has a gripping magical realist narrative worthy of Gabriel García Márquez, with surprise twists along the trail that metatextually transcend and subvert genre expectations. It proudly promotes diversity, pioneering the option for a queer female player character at a time when many games still forced a straight male player character, and with NPCs from all major ethnic groups, be they white, black, Hispanic, Indian, East Asian, fairy, goddess, alien, or nekomimi. It has a complex simulation meta-layer involving high-tech equipment and currency trading. Its art design is stunning, and yes, it`s also a really good Match-3. HuniePop: the game that has everything.

Sarafan: It`s Quake Champions for me. The game deserves a big success, but it`s not popular unfortunately (816 players on average in the last 30 days). It mixes classic arena shooter gameplay with heroes that have unique powers. What really matters however are not the unique powers, but the skill level of players. The game has a steep entry threshold and it`s probably the main reason why it hasn`t achieved success. Most of the players present a very high level, which discourages new players. But the game is still alive. It receives big updates every 3 months and provides loads of fun. I enjoy every single frag I`m able to do. If you`re looking for a very good online FPS, you should give Quake Champions a chance.

Frindis: Not many have heard about Thrones of Darkness, yet played it. From Click Entertainment, this 2001 game is an unpolished gem that borrows a lot from RPG games like Diablo (not a shocker since some of the devs worked with original Diablo) but has a lot of originality with its feudal-ish and Japan mythos theme going on. You can play up to seven characters (a nod to Kurosawa), four in a group at the same time and it ranges from ninjas, swordsmen to crazy berserkers. You roll through them, craft and upgrade stuff, and mainly hack and slash your way through the game. It got a magic system, but pretty meh. The game is not perfect by all means, but it is entertaining to play and it brings some nuances to the hack&slash table.