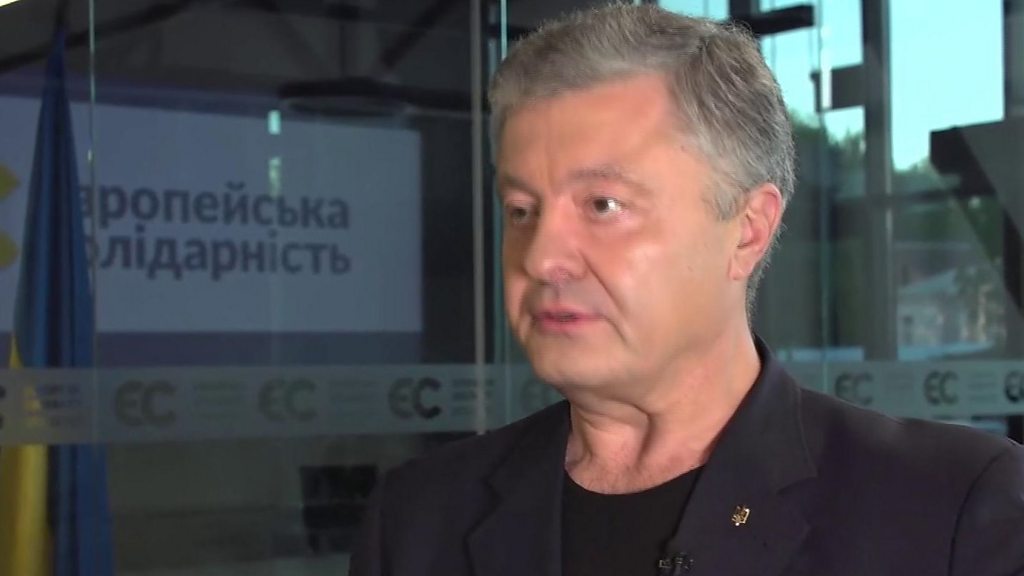 Ukraine`s ex-president Petro Poroshenko has accused his successor, Volodymyr Zelensky, of pursuing him in the courts out of a desire for "revenge".

Mr Poroshenko marched with several thousand of his supporters to a pre-trial hearing in Kyiv last week.

He is facing more than 20 different investigations on what he says are politically-motivated charges.

Mr Poroshenko told the BBC his election defeat had led to pro-Russian figures returning to key posts in government.

For the past six years Kyiv has been fighting a mostly low-level conflict against separatist forces backed by Russia in eastern Ukraine.

Asked about election posters that were used by his campaign during last year`s election, suggesting that a vote for Mr Zelensky was effectively a vote for Russian President Vladimir Putin, Mr Poroshenko said he had been proved right.

"I was one of the happiest [people] in the world if I was wrong," he said. "But unfortunately this is true. The fifth column of the Russian federation are now playing a very important role in Ukraine."

Mr Poroshenko said that his successor was not "Putin`s man", but that he was "inexperienced" and that there were now figures with Russian sympathies in his team.

Asked to respond, a spokesperson for President Zelensky said "any politician has the right to any opinion he expresses for his voters".

The barrage of legal cases being filed against Mr Poroshenko has brought statements of concern from Ukraine`s Western allies.

Inside Ukraine even those who were critical of the Poroshenko presidency, and the way reforms stalled, are sceptical of the charges against him.

"There are definitely things that should be investigated about Poroshenko," said Mikhailo Zhernakov from the Dejure Foundation, an organisation that works for judicial reform.

"But the charges that are now pressed against him are ridiculous. There`s no grounds, no evidence. There`s clearly political persecution going on."

In the gardens of the cabinet of ministers I asked President Zelensky`s prime minister, Denys Smyhal, whether he was comfortable with the former president being targeted like this.

"I agree with you that it looks not so good," he said. "But I`m sure that everyone who did something bad, or violated the law, should be responsible for it."