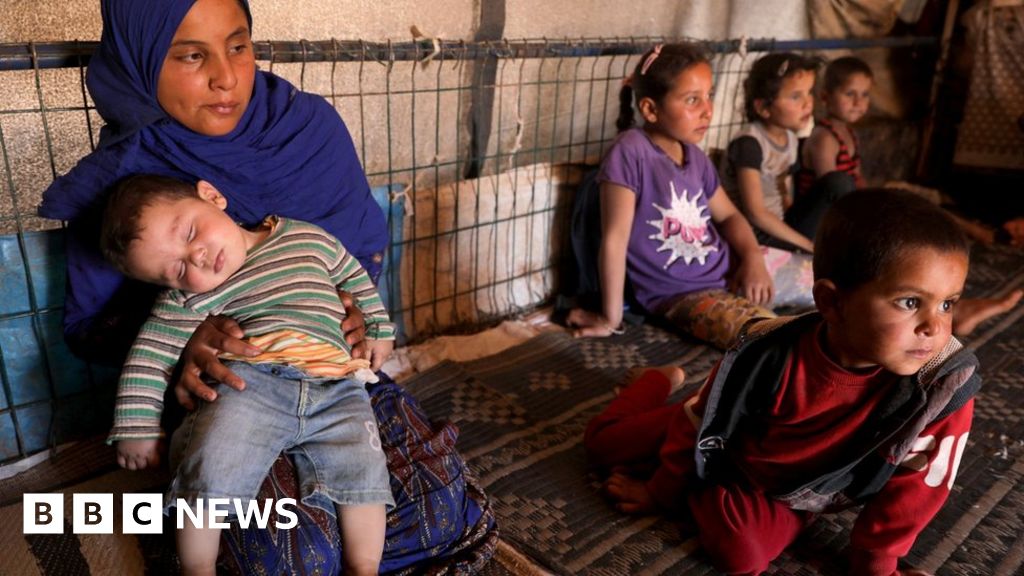 Syria faces the risk of mass starvation or another mass exodus unless more aid money is made available, the head of the UN World Food Programme has said.

Ahead of a donor conference in Brussels on Tuesday, David Beasley told the BBC a million Syrians were severely food insecure and some were already dying.

The war-torn country`s currency has collapsed and food prices have soared.

In desperation, many Syrians might have no choice but to try to flee to Europe as they did in 2015, Mr Beasley said.

More than 380,000 people have been killed and 13.2 million others - half the pre-war population - have been displaced inside and outside Syria since an uprising against President Bashar al-Assad began in 2011.

Some 6.6 million refugees are scattered throughout the world, the vast majority of them in Turkey, Lebanon, Jordan, Iraq and Egypt, where the impact of the Covid-19 pandemic has wrought havoc on economies.

"The whole world`s facing crisis unlike anything we`ve seen probably in everyone`s lifetime. But, quite frankly, what`s happening in Syria is unprecedented. It`s the worst of all storms coming together," Mr Beasley said in an interview.

The WFP`s executive director said action was needed immediately to stave off further suffering and deaths among Syrians, 11 million of whom are in need of aid and protection.

"We have to have the money, and we have to have the access. And I don`t mean we need to keep speculating a year from now - we need it now. We`ve got people on the brink of starvation now, and they can`t wait. People will die, and people are dying as we speak."

Describing Syria as "a political quagmire", Mr Beasley appealed to Western countries to overcome their fatigue with the long-running war.

He said world powers must allow aid to reach opposition-held areas in Syria, as well as those controlled by the government.

Mr Beasley`s message to donors ahead of Tuesday`s conference was that desperate Syrians might have no choice but to try to flee to Europe again.

"If we don`t have the money, here`s the bottom line: you`re going to either have mass migration, [or] starvation, and exploitation by extremist groups," he warned. "I think the people will leave, just like they did five or six years ago."

While hostilities in Syria have decreased overall, there are tensions and flare-ups of violence in the north-west, north-east and the south, including resurgence of Islamic State-affiliated jihadist groups.

The UN and its partners have appealed for $3.8bn (£3.08bn) for humanitarian work inside Syria and another $6.04bn to help countries in the region hosting Syrian refugees. The appeals are currently 30% and 19% funded respectively.

The UN High Commissioner for Refugees, Filippo Grandi, warned that the Covid-19 crisis had had an immediate and devastating impact on the livelihoods of millions of Syrian refugees and their host countries, where there have been sharp economic downturns and poverty has spiralled.

"The most vulnerable in the society - including millions of refugees - have lost their already fragile and meagre income. They are sliding deeper into poverty and debt," he said in a statement.

"The international community must come together with sustained and predictable support for Syrian refugees and the countries and communities in the region that have generously hosted them for years."