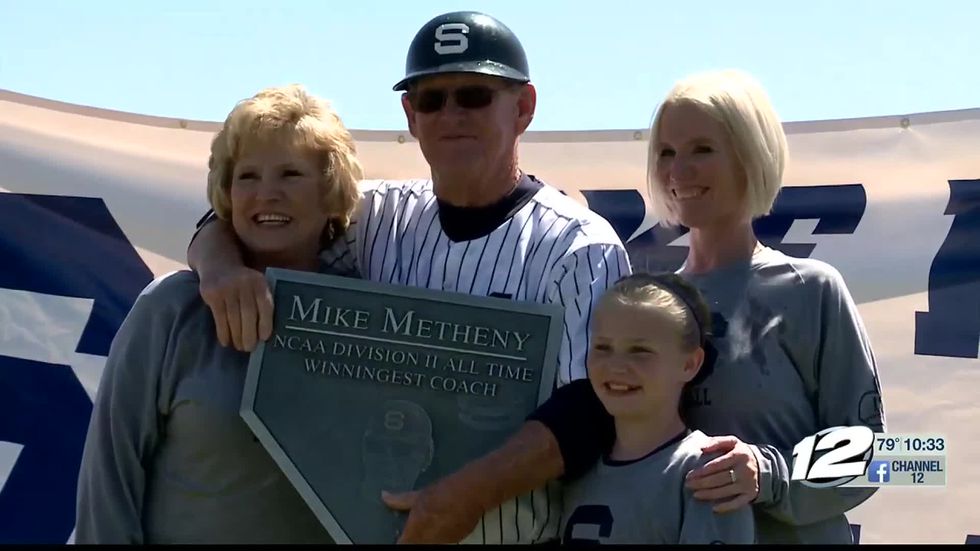 (KXII) - Coach Mike Metheny and S.O.S.U. baseball are almost synonymous. Metheny played college baseball at Southeastern, then was a graduate assistant, then became an assistant coach.. and later took over the program in 1981. He led the Southeastern baseball team for 37 years.

Over the nearly four decades of coaching the storm, he racked up 1,324 wins, which is the record for most wins by a head coach in Division two. Those wins also include a national championship in 2000. Metheny was named the national coach of the year following their championship.

Before jumping up to division two, Metheny led the storm to 7 N.A.I.A. world series trips, and three runner-up finishes. He claimed 15 conference titles, and was named conference coach of the year 9 times.

Over the years, 35 of his former players signed professional contracts, including former Texas Ranger Jeff Frye.