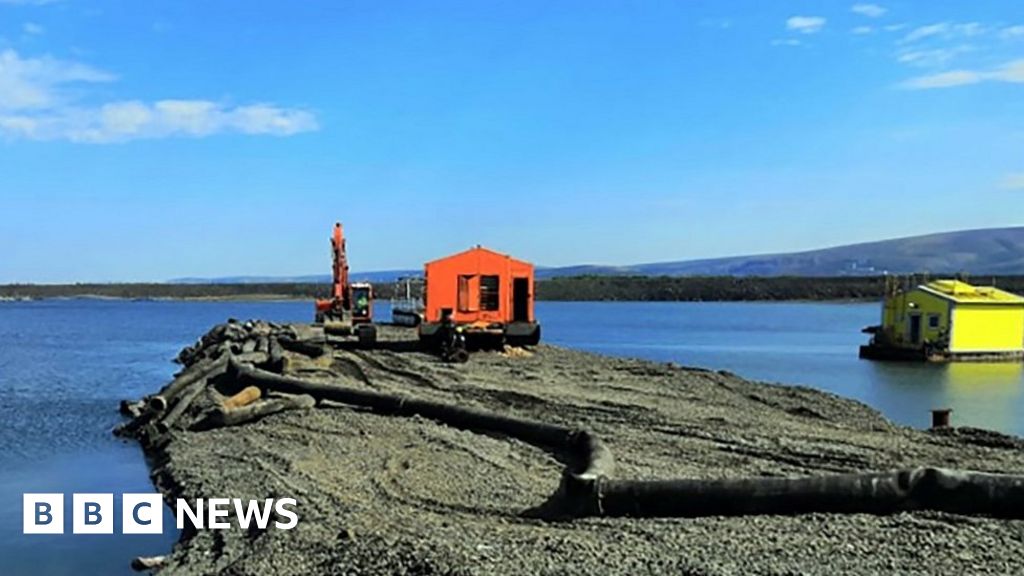 Russian officials are investigating a mining company in the Arctic over the pumping of waste water from one of its processing plants into nearby countryside.

Norilsk Nickel said it had suspended staff involved in the violation. The pumping has now reportedly stopped.

It is a new pollution incident involving the firm, known as Nornickel.

Emergency workers are struggling to contain a huge diesel spill from a fuel depot owned by the company.

A local ecologist and reporters from Russia`s independent daily Novaya Gazeta filmed foamy water being pumped into Arctic tundra from the reservoir at the Talnakh enrichment plant near Norilsk.

Security guards tried to stop them filming. The reporters said the waste water was believed to contain heavy metals - nickel, cobalt and copper - and sulphuric acid, which the firm has denied.

In a statement, Nornickel said "those responsible at the plant have been suspended" for "allowing a flagrant violation of the operational rules at the plant`s tailings reservoir".

"Nornickel has launched an investigation into what happened, and the firm is working with the ministry of natural resources and the emergencies ministry," it said.

Russia`s Investigative Committee (SK), which probes serious crimes, has launched its own investigation into the incident.

According to Nornickel, the waste water does not contain toxic tailings from its mining operation. The firm says the "purified" water had been pumped away from the reservoir to prevent overspill, while admitting that it was not acceptable practice.

Novaya Gazeta reports that the waste water entered the Kharaelakh river, which flows into Pyasino lake.

The diesel spill in late May involved about 21,000 tonnes, some of which contaminated the lake. Stretches of the Ambarnaya river, flowing to the lake, turned red from the diesel.

Nornickel has numerous plants in and around the Arctic city of Norilsk, which has long been categorised as one of the world`s most polluted places.

Billionaire Vladimir Potanin is the biggest shareholder, with a 30.4% stake, while the Rusal aluminium giant run by tycoon Oleg Deripaska owns 27.8%.