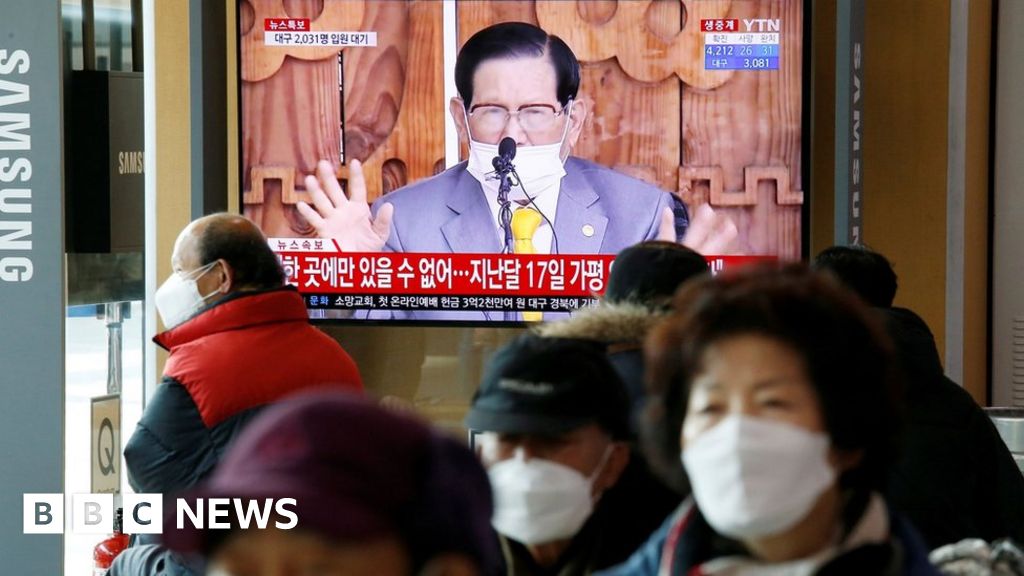 South Korea has arrested the leader of a religious sect linked to the country`s largest coronavirus outbreak.

Lee Man-hee, 88, heads the Shincheonji Church of Jesus. More than 5,000 of its members became infected, making up 36% of all Covid-19 cases in the country.

The authorities accuse him of hiding information about the group`s members and gatherings from contact tracers.

The church says Mr Lee was concerned for his members` privacy, but never hid information from the authorities.

Mr Lee was arrested early on Saturday, following an investigation. A judge said there were signs that evidence related to the case was being destroyed.

In a statement, the Shincheonji Church said Mr Lee had been concerned about "excessive requests" for personal details of members, but never attempted to obstruct the investigation.

"The court`s issuance of an arrest warrant doesn`t mean a guilty verdict," it added. "All possible efforts will be made to unveil the truth in the upcoming court trials."

Lee Man-hee says he is the incarnation of Jesus Christ`s second coming, and identifies as "the promised pastor" mentioned in the Bible.

He founded the Shincheonji Church in 1984. In Korean, Shincheonji means "new heaven and earth".

The church says it has more than 20,000 followers outside of South Korea including in China, Japan and areas of Southeast Asia.

The group is known for packing its followers tightly together during services. Glasses, necklaces and earrings are reportedly banned from services.

Members of the fringe Christian group are believed to have infected one another and then travelled around the country, apparently undetected, in February.

In March, Mr Lee apologised for the virus`s spread.

"Although it was not intentional, many people have been infected," he said at the time. "We put our utmost efforts, but were unable to prevent it all."