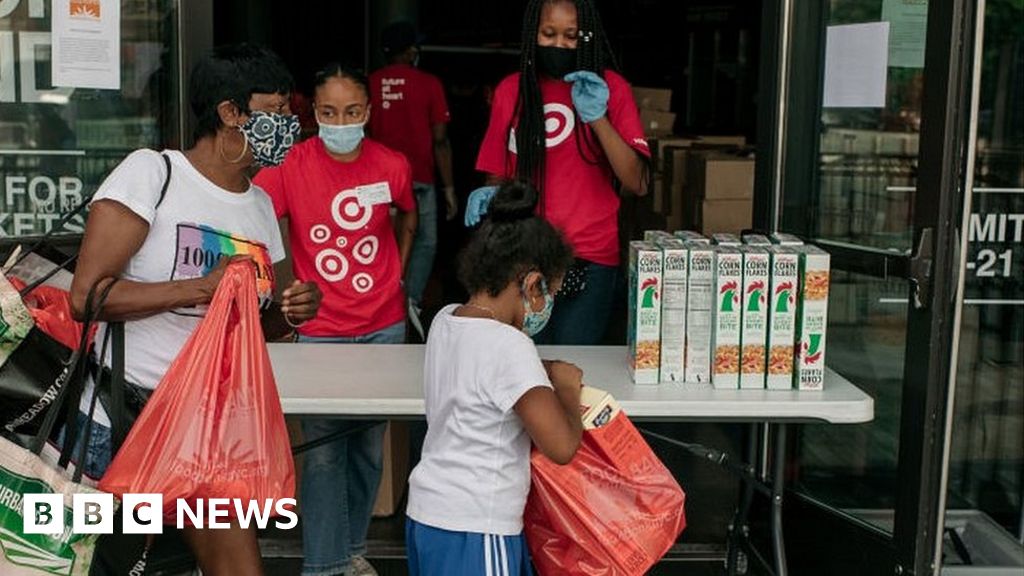 A $600 (£459) jobless benefit paid weekly to tens of millions of unemployed Americans expired overnight after Republicans and Democrats failed to reach a deal on its extension.

Friday was the deadline for an agreement on the coronavirus relief, which tops up state benefits that are mostly far below $600.

Republicans want a smaller relief plan than one passed by the Democrat- controlled House of Representatives.

Talks have resumed in Washington.

The US economy shrank by 9.5% in the second quarter of 2020, compared with the preceding three months.

This is equivalent to an annual rate of 32.9% - the country`s steepest contraction for decades.

The $600 payments are part of a $2.2tn congressional package adopted in March as the coronavirus pandemic forced businesses to shut down.

But Congress did not anticipate the current resurgence of the virus, deepening the impact on the economy.

Ms Pelosi made it clear that she was still opposed to any short-term deal on the $600 relief payments.

The Covid-19 pandemic has killed at least 152,384 people in the US - the highest death toll in the world.

On Friday Ms Pelosi rejected a Republican proposal to extend the benefits for just a week, pending a full agreement.

Republican Mark Meadows said the Democrats had rejected reasonable offers, and "what we`re seeing is politics as usual from Democrats".

Many of the unemployed have already received their final $600 top-up.

Danielle Grant, a single parent in San Francisco, told CBS that without the $600 relief she would struggle to pay her monthly mortgage and other bills. "I`m already financially strapped. It`s an impossible situation," she said.

Her public relations firm for the arts lost business when museums and other venues were forced to close in the pandemic.

Media captionOne thing that makes job loss in US so painful

Ms Pelosi said Republican leaders "and perhaps the White House do not understand the gravity of the situation".

She said she rejected the one-week extension proposed by President Donald Trump`s team because such a move would occur "if you are on a path" toward a deal, and "we`re not".

Democrats also rejected a later White House proposal to cut the $600 weekly payment to $400 for the next four months.

Democrats want to maintain the $600 weekly top-up benefit into next year, and are pushing for a new federal stimulus package to help states through the crisis.

President Trump turned to Twitter to attack both Ms Pelosi and the top Democrat in the Senate Chuck Schumer for the impasse.